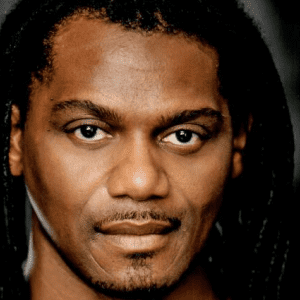 A former life sentence inmate makes a case for the power of Shakespeare inside our prisons.

Dameion discovered Shakespeare through MSC’s Shakespeare at Solano Prison program while serving 23 years of a life sentence. Upon release, he took on the role of Othello, winning the Bay Area Theatre Critics Circle Award for “Best Actor.” He has continued to work as an actor with Marin Shakespeare Company, Ubuntu Theatre, Theatre First, and Lorraine Hansberry Theatre. As Artist in Residence at MSC, Dameion also teaches Shakespeare to incarcerated youth at two state prisons and Alameda Juvenile Hall. He has spoken at the Commonwealth Club, as keynote speaker for the 2019 Arts in Corrections conference, and at many other Bay Area locations.